Chaman border set to reopen today after over a week 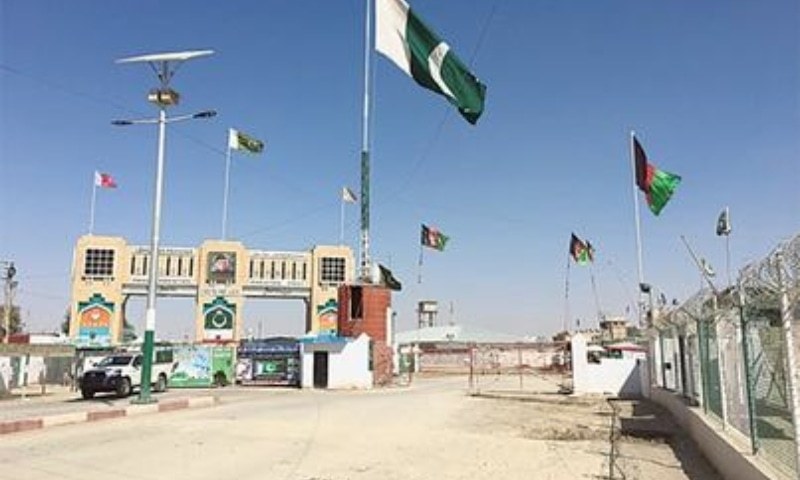 QUETTA: Pakistan agreed on Sunday conditionally to reopen the Chaman border with Afghanistan, more than a week after firing from the Afghan side on Frontier Corps officials at the Friendship Gate led to its closure.
The decision to open the border was made during a meeting between Pakistani and Afghan officials, Chaman Deputy Commissioner Abdul Hameed Zehri told the media on Sunday.
The details of the talks and the decision to open the border had been conveyed to the civil-military liaison committee of Chaman, which agreed to open the border for trade and travel from Monday.
Consequently, the immigration offices of the Federal Investigation Agency (FIA) and Pakistan Customs would also be opened, officials said.
Mr Zehri said that during the meeting, Afghan Taliban officials expressed anger and grief over the November 13 incident and assured the Pakistani authorities that the “terrorists” behind the incident would be arrested and strictly punished.
Pakistan had shut Friendship Gate after shooting from Afghan side
Both sides also decided to take concrete steps to avoid a repeat of such incident.
The border closure since last week resulted in suspension of trade between both countries through the Friendship Gate. A large number of trucks carrying Afghan transit trade goods and containers carrying import and export goods were stranded on both sides.
While confirming the border closure for an indefinite period, Chaman DC Zehri last week said: “A man crossed into Pakistani side at Friendship Gate from the Afghan border and opened fire at the security personnel posted at the gate, resulting in the martyrdom of one soldier and injuring two others.” Shortly after the incident, the official said, the Afghan personnel opened fire on Pakistani forces, which retaliated and the firing continued for some time.
Pakistan border authorities immediately summoned a flagship meeting of the Afghan forces and demanded that the armed men, who had fired at the Pakistani security personnel, be handed over to the Pakistani authorities, but the negotiations remained fruitless at that time, as Afghan officials refused to hand over those involved in the firing, official sources said. The exchange of fire resumed in the evening, which officials said continued with small intervals.
The Chaman border, some 100km northwest of Quetta, is one of the major international border crossings and is used by thousands of people on a daily basis. On the Afghan side, it leads north into Wesh town in the Spin Boldak district of Kandahar province.
Pakistan had earlier refused to reopen the Friendship Gate for transit trade and crossing until the authorities got the custody of the attacckers.
A couple of days later, Pak­istani authorities on humanitarian grounds and as a goodwill gesture allowed several hundred Afghan nationals, who were stranded in Chaman due to the border closure, to cross into their country from another area, considering that there were patients among them who had come to Pakistan for treatment.
A spokesperson for the Afghan interior ministry last week told Reuters that the clash had occurred between border forces from both sides due to a “misunderstanding” and the incident was being investigated.
The Afghan border authorities explained that the Taliban forces were not involved in the shooting at Friendship Gate.
“They might be terrorists who were involved in firing,” the officials said.