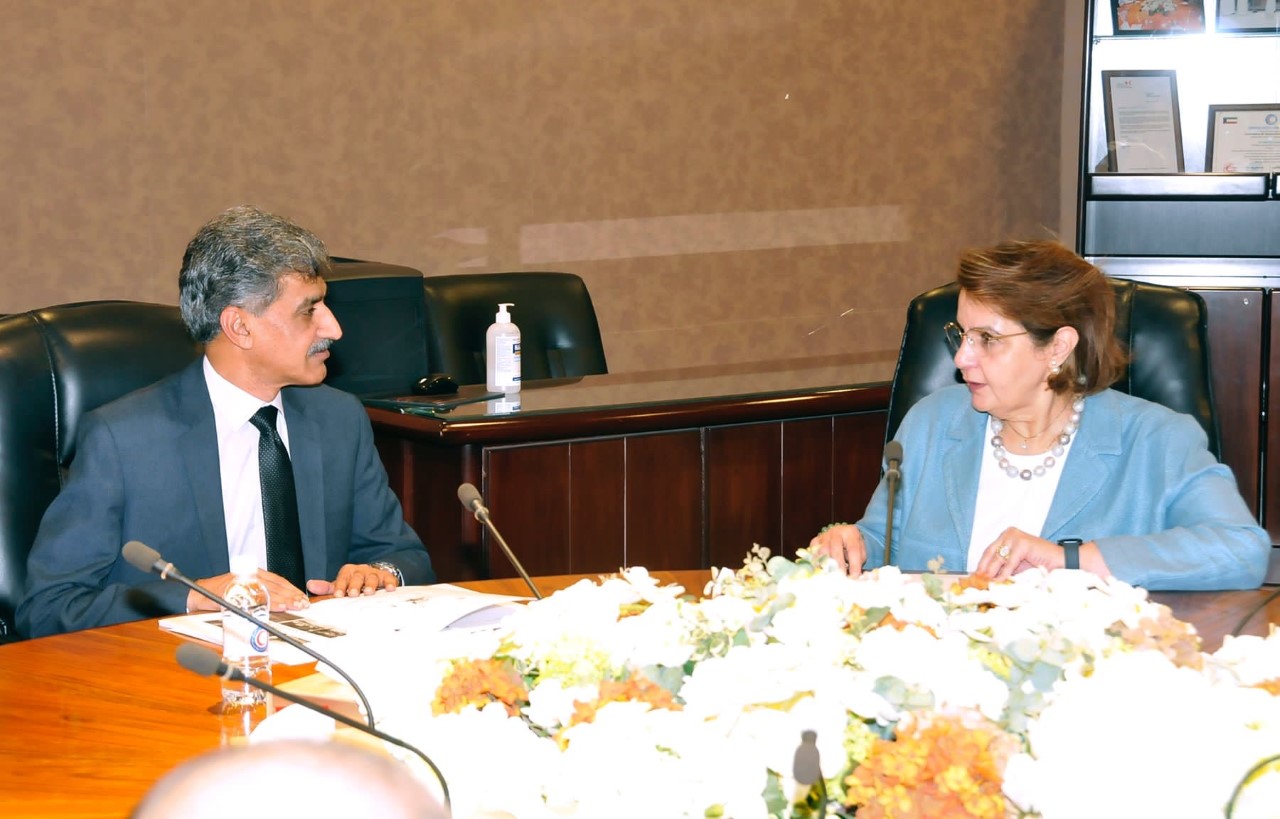 KUWAIT: Kuwait Red Crescent Society (KRCS) announced on Sunday that it will provide urgent relief assistance to Pakistan due to floods in several provinces that resulted in deaths, injuries and large-scale displacement of residents of affected areas. Secretary General Maha Al-Barjas confirmed to Kuwait News Agency (KUNA) after meeting Ambassador of Pakistan to Kuwait Malik Farooq the solidarity of of Kuwait with the government and people of Pakistan in the face of the repercussions of the difficult climatic conditions and providing all possible support to them.
She said the society will provide all necessary humanitarian and health relief services to the displaced from the affected areas to help them overcome this difficult period and overcome it, indicating that the field team of the society will ensure the safety of the displaced people and provide food, medical and logistical assistance. She expressed her condolences over the victims of the flood disaster, especially as the current flooding of Pakistani provinces has turned into one of the worst disasters in the country’s history.
TOPSHOT – People gather in front of a road damaged by flood waters following heavy monsoon rains in Madian area in Pakistan’s northern Swat Valley on August 27, 2022. – Thousands of people living near flood-swollen rivers in Pakistan’s north were ordered to evacuate on August 27 as the death toll from devastating monsoon rains neared 1,000 with no end in sight.
Ambassador Farooq praised in a similar statement to KUNA the efforts of the society in providing urgent humanitarian assistance to afflicted countries, responding to humanitarian appeals and extending a helping hand to those affected. He stressed the importance of coordination and cooperation with the Kuwait Red Crescent Society and discussed how to provide urgent relief assistance in light of the difficult and exceptional circumstances his country is going through. Floods in Pakistan have affected more than 30 million people across the country and resulted in deaths and injuries and widespread displacement of residents of affected areas. – KUNA