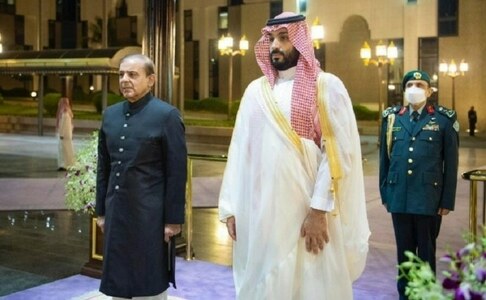 THE last couple of days have seen some positive news. The Pakistan Bureau of Statistics reported that the nation’s trade deficit has shrunk by a whopping 30pc to $14.41bn during the first five months of the ongoing fiscal to November from $20.62bn a year ago. Then the State Bank announced that Saudi Arabia had extended the term for $3bn in deposits through the Saudi Fund for Development to support Pakistan’s dwindling foreign exchange reserves, saying the move would help meet external sector challenges and achieve sustainable growth. But while these are welcome developments, they will provide only temporary support to the economy. The reduction in the trade deficit is not due to a boost in exports — which face heavy headwinds due to the decrease in global demand amid inflation and elevated energy prices. It is a result of the central bank’s stringent controls on inbound shipments, which declined by over a fifth from last year. With remittances experiencing a downturn because of the rising cost of living in the US and Europe, we have no choice but to hold down our import bill to somewhat ease the pressure on the current account, even if it means drastically slowing the economy. Likewise, the Saudi money is a loan we must return in a year if not extended again. Indeed, there is no other option to get out of the economic mess we have created in the last few years. The problem is that we are not ready to learn from our blunders. When former finance minister Miftah Ismail reached an accord with the IMF after months of hard work for the resumption of its bailout programme, it was hoped the ruling alliance wouldn’t repeat the previous government’s mistakes. Sadly, at a crucial time, Ishaq Dar, a big proponent of a strong rupee, was brought in to replace Mr Ismail to do the impossible: contain the devaluation of the exchange rate, reduce interest rates and tame inflation. However, Mr Dar’s initial actions have produced the opposite of what was intended. The interbank exchange rate has remained range-bound for some weeks but the dollars have vanished from the market due to the expanding gap between the official and kerb market rates. Inflation continues to rise and the State Bank was forced to raise interest rates under pressure from the IMF with its ninth programme review in limbo. The gap between Islamabad and the lender over fiscal slippages continues to widen as the Fund has strong reservations over the finance ministry’s revenue and expenditure — especially flood-related spending — estimates. Consequently, other multilateral and bilateral donors are reluctant to disburse the promised dollars. We have tried to delude the IMF multiple times in the last three years. Each time it has responded with more painful conditions. Now, unless we implement the required governance and financial reforms, sustainable economic stability will remain a pipe dream.