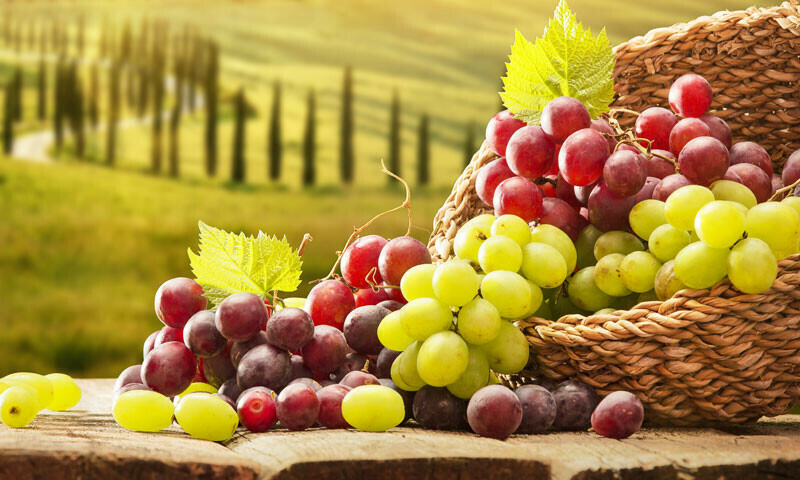 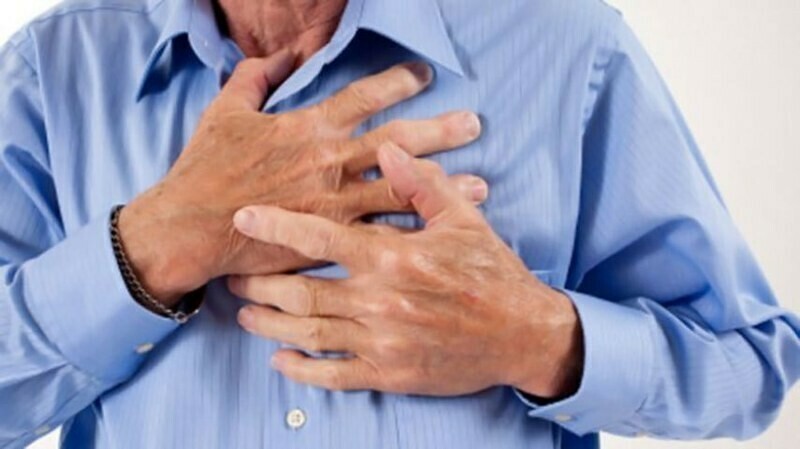 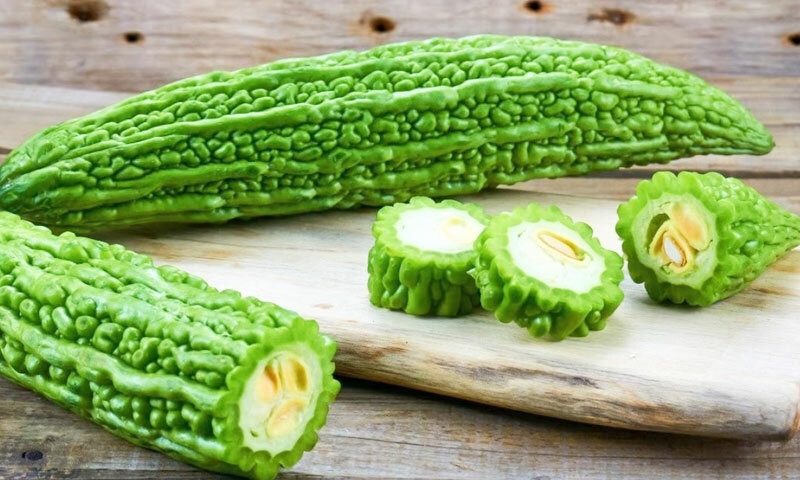 4 Benefits Of Sleeping With a Garlic Clove Under Your Pillow. 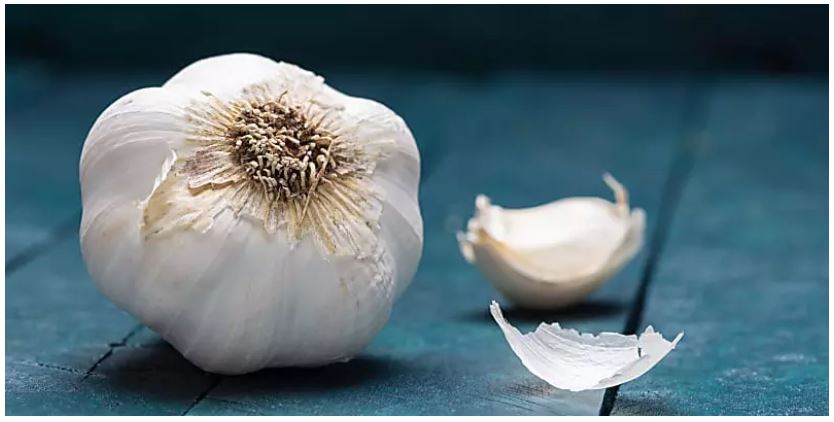 It could be that you live in a time of vampires and werewolves. In this case, sleeping with a clove of garlic under your pillow should also be supported by a silver cross above your bed, holy water at the door and a wooden stake at your right hand.

If you keep garlic under your pillow below things will happen. 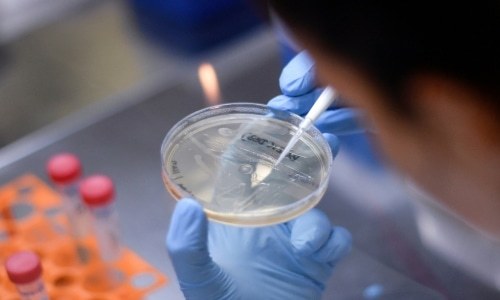 A study by the Dow University of Health Sciences in Karachi has revealed that certain variants of a human gene may offer resistance against the novel coronavirus, called SARS-CoV-2, which has infected more than 1.5 million people globally and killed tens of thousands.

The research by Dow University, which has been reviewed by peers and published in the Journal of Medical Virology, says that two variants of the ACE2 (angiotensin I converting enzyme 2) gene — that has been established as the functional receptor for the novel coronavirus — may make a person more resistant to the infection.

The research team, led by Dow College of Biotechnology's Vice Principal Dr Mushtaq Hussain, observed the binding of different variants of the ACE2 gene with the new coronavirus and noted that most of them "showed similar binding affinity for SARS-CoV-2 spike protein as observed in the complex structure of wild type ACE2 and SARS-CoV-2 spike protein".

However, the research team said that two allelic variations of the ACE2 gene, identified as S19P and E329G, "showed noticeable variations in their intermolecular interactions" with the virus.

The researchers studied mutations in ACE2 after examining over a thousand samples of the gene obtained by genomic data mining. The molecular structures of the variant genes were created by homology modelling. According to Dr Hussain, genome data had been extracted from individuals residing in China, Latin America and some European countries.

It should be noted that considering the number of countries that have been hit by Covid-19, the number of variants studied is quite low.

It is also pertinent to mention that the research does not suggest that the person who possesses the variants would become immune to the virus. They would not, however, experience severe symptoms and may only need to be isolated for two weeks.

Dow University's Vice Chancellor Muhammad Saeed Quraishy congratulated the research team on their findings and expressed hope that studies like these would enable the world in finding a way to curb the virus. 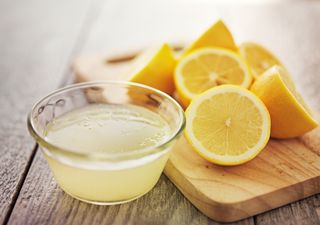 When life gives you lemons … you're in luck. Lemons are full of vitamins, minerals, phytonutrients and antioxidants. They are especially good sources of vitamin C and folate.

Lemons are one of the most popular acid citrus fruits, according to the Purdue University Horticultural Department. Their origin is unknown, though some horticulturists theorize they come from Northern India. Lemons grow throughout southern Europe, the Middle East, and into East Asia. They were brought to the New World by Christopher Columbus in 1493. Today, the leading lemon producers are California, Arizona, Italy, Spain, Greece, Turkey, Cyprus, Lebanon, South Africa and Australia.

Lemons are available throughout the year but summer is their peak season. Lemons are an extremely versatile fruit. You can eat them in slices, sip healthy lemon water, make lemonade, garnish food with them, candy their peels, and use their juice and peels in cooking and more.

"Lemons are high in vitamin C, folate, potassium, flavonoids and compounds called limonins," said Alissa Rumsey, a New York City-based registered dietitian, certified strength and conditioning specialist and spokesperson for the Academy of Nutrition and Dietetics. "Limonins are found in the juice of the lemon."

Recent studies have examined the role of lemons in accessing carotenoids, which are beneficial phytonutrients, from other foods during the digestive process. Carotenoids can have low bioaccessibility and bioavailability, meaning that even if you eat a carotenoid-rich food like carrots, you might not absorb many of the carotenoids. A 2018 study in International Journal of Nutrition and Food Engineering found that the carotenoids in boiled or mashed carrots, when combined with lemon juice, olive oil and whey curd, were nearly 30 percent more bioaccessible than without. This suggests that lemons can be an effective exigent food, meaning that, in addition to their own nutritional properties, they can unleash benefits from other foods when combined with them.

Here are the nutrition facts for lemons, according to the U.S. Food and Drug Administration, which regulates food labeling through the National Labeling and Education Act:

"Vitamin C is plays a role in immunity and helps neutralize free radicals in our body," said Rumsey. According to the Linus Pauling Institute at Oregon State University, vitamin C stimulates the production of white blood cells and may protect the integrity of immune cells. Vitamin C helps protect leukocytes, which produces antiviral substances.

"Folic acid is said to aid in preventing strokes and may contribute to helping cardiovascular health by lowering homocysteine levels," Rumsey said. A 2010 meta-analysis published in The European Journal of Internal Medicine found that results from clinical studies examining folic acid and heart attacks were inconclusive but folic acid consumption can result in a modest improvement in stroke reduction.

Vitamin C, too, is linked to a reduced risk of cardiovascular disease, said Rumsey. A 2015 study published in The American Journal of Clinical Nutrition looked at more than 100,000 people and found that those who ate the most fruits and vegetables had a 15 percent lower risk of developing heart disease. Those with the highest vitamin C levels in their plasma had even more reduced rates of heart disease.

Scientists theorize that vitamin C may have cardiovascular benefits because it is an antioxidant that protects against dangerous free radicals. It also may lower bad LDL cholesterol and keep arteries flexible, according to the University of Maryland Medical Center.

"Studies have also shown the effect of limonin on lowering cholesterol," said Rumsey. In a 2007 study published in Alternative Therapies in Health and Medicine, men and women who had high cholesterol were given limonin and vitamin E daily for a month and their cholesterol levels lowered 20 to 30 percent. The researchers think that limonin reduces apolipoprotein B, which is associated with higher cholesterol levels.

Lemons and limes contain the most citric acid of any fruits, which makes them beneficial to those suffering from kidney stones. According to University of Wisconsin Health, citric acid deters stone formation and also breaks up small stones that are forming. The more citric acid in your urine, the more protected you are from forming new kidney stones. Half a cup of pure lemon juice every day or 32 ounces of lemonade has the same amount of citric acid as pharmacological therapy.

A 2011 study published in the Asian Pacific Journal of Cancer Prevention found that lemon extract applied to breast cancer cells induced cell death. The lemon extract was applied in-vitro, but the results may suggest powerful cancer-fighting properties in lemons.

"There are numerous studies being conducted to understand the role folate plays in cancer reduction," Rumsey said. A 2007 article in the American Journal of Clinical Nutrition notes that folate's possible cancer-reducing properties are likely linked to its role in the production of substances that silence cancer DNA. The study points out, however, that some research has suggested that in some cases high levels of folate could actually encourage cancer cell growth. The authors write, "Folate may provide protection early in carcinogenesis and in individuals with a low folate status, yet it may promote carcinogenesis if administered later and potentially at very high intakes."

Limonins have also been linked to a decrease in cancer risk, said Rumsey. A 2012 article in the Journal of Nutrigenetics and Nutrigenomicslooked at limonins in breast cancer cells and found that they could be a helpful aid to chemotherapy.

"Folate is essential for pregnant women in order to prevent neural tube defects," said Rumsey. While folate is present in prenatal vitamins, consuming it through whole foods is an excellent way to make sure the body absorbs it.

Rumsey said, "Lemons are a great, low-calorie way to flavor drinks and food." And indeed, lemons, lemon water and lemon peels have become popular with dieters. A 2017 Scientific Reports study of short-term juice-based diets, all of which had lemon juice as a primary ingredient, saw that participants' intestinal microbiota associated with weight loss had improved, their vasodilator nitric oxide had increased and the oxidation of their lipids had decreased, resulting in improved wellbeing overall.

Rumsey added that the peels also contain many nutrients. "Grating the peels and adding to salads, chicken or fish dishes can add a citrusy flavor. Peels can also be blended into smoothies or soups." But she emphasized against treating them like a magic bullet for detoxing and weight loss.

Lemons are known for their antimicrobial properties. A 2017 book, "Phytochemicals in Citrus: Applications in Functional Foods,"describes how solvents made with lemon peel show antimicrobial activity against salmonella, staphylococcus and other pathogenic bacteria. A 2017 study in The Journal of Functional Foods found that fermented sweet lemon juice showed antibacterial activity against E. coli bacteria.

Contaminated nuts are a major source of human exposure to mycotoxin aflatoxin B1. Aflatoxins are carcinogens associated with liver cancer in cases of high exposure, according to the National Cancer Institute. A 2017 study in Food Control found that lemon juice can be effective in preventing exposure from contaminated nuts. Researchers roasted contaminated pistachio nuts in 30 ml of water, 15 ml of lemon juice and 2.25 g of citric acid at 120 degrees Celsius for 1 hour and saw that the nuts' level of aflatoxin B1 was reduced significantly to a much safer level without harm to the pistachios.

In general, lemons are quite good for you, but if consumed in excess, can cause gastric reflux problems or heartburn for those who suffer from the conditions. Additionally, the citric acid can wear down the enamel on your teeth, according to World's Healthiest Foods, which encourages drinking lemon water through a straw.